The Total B-arrestin 2 cellular assay monitors total B-arrestin 2, and is used to detect the expression of endogenous or overexpressed B-arrestin 2 in various cells. B-arrestin 2 are members of the arrestin/beta-arrestin protein family, and are known to be implicated in the agonist-mediated desensitization of G-protein-coupled receptors, and to cause specific dampening of cellular responses to stimuli such as hormones, neurotransmitters, or sensory signals. As B-arrestin 2 is expressed in various tissues, it is believed that B-arrestin 2 may play a major role in many cancers or other human diseases (diabetes...) by regulating receptor-mediated functions.

The Total B-arrestin 2 assay quantifies the expression level of B-arrestin 2 in a cell lysate. Unlike Western Blot, the assay is entirely plate-based and does not require gels, electrophoresis, or transfer. The assay uses two labeled antibodies: One coupled to a donor fluorophore, the other to an acceptor. Both antibodies are highly specific for a distinct epitope on the protein. In the presence of B-arrestin 2 in a cell extract, the addition of these conjugates brings the donor fluorophore into close proximity with the acceptor and thereby generates a FRET signal. Its intensity is directly proportional to the concentration of the protein present in the sample, and provides a means of assessing the protein’s expression under a no-wash assay format.

Detection of total B-arrestin 2 with HTRF reagents can be performed in a single plate used for culturing, stimulation, and lysis. No washing steps are required. This HTS designed protocol enables miniaturization while maintaining robust HTRF quality.

Detection of total B-arrestin 2 with HTRF reagents can be performed in a single plate used for culturing, stimulation, and lysis. No washing steps are required. This HTS designed protocol enables miniaturization while maintaining robust HTRF quality.

Serial dilutions of the cell lysate were performed using lysis buffer, and 13 µL of each dilution were transferred into a low volume white microplate before the addition of 3µL Lysis buffer + 4 µL of HTRF Total-B-arrestin 2 detection reagents. Equal amounts of lysates were used for a side by side comparison between HTRF and Western Blot.

The side by side comparison of Western Blot and HTRF demonstrates that the HTRF assay is 4-fold more sensitive than the Western Blot, at least under these experimental conditions.

Human (HEK293), Hamster (CHO-K1), and murine (C2C12) cells were plated at 100,000 cells/ well in a 96 well plate in cell culture medium, and incubated for 24h at 37°C, 5% CO2. Medium was then removed and cells were lysed with 50 µL of lysis buffer for 30min at RT under gentle shaking. 16 µL of lysate were transferred into a 384-well sv white microplate, and 4 µL of the HTRF Total B-arrestin 2 detection reagents were added. The HTRF signal was recorded after 3h incubation at room temperature.

Expression levels correlate well with data from literature and with qPCR experiments performed with the same cells as the HTRF assays.

B-arrestins play central roles in the GPCR signaling pathways by regulating agonist-mediated GPCR signaling. Among B-arrestin implications, they mediate both receptor desensitization and resensitization processes, act as a signaling scaffold for MAPK pathways, such as MAPK1/3 or AKT1, and participate in the recruitment of the ubiquitin-protein ligase to the receptors. Beta-arrestins function as multivalent adapter proteins that can switch the GPCR from a G-protein signaling mode (that transmits short-lived signals from the plasma membrane) to a beta-arrestin signaling mode that transmits a distinct set of signals initiated as the receptor internalizes and transits the intracellular compartment.

During the GPCR desensitization process, B-arrestins bind to the GRK-phosphorylated receptor and sterically preclude its coupling to the G-protein.

B-arrestins target many receptors for internalization by acting as endocytic adapters, and recruit GPCRs into the adapter protein 2 complex 2 (AP-2) in clathrin-coated pits. Internalized arrestin-receptor complexes traffic to intracellular endosomes. Furthermore different modes of arrestin-mediated internalization occur, depending on the receptors and the cell types.

Receptor resensitization requires receptor-bound arrestin to be removed, so that the receptor can be dephosphorylated and returned to the plasma membrane.

The extent of beta-arrestin involvement appears to vary significantly, depending on the receptor, the agonist, and the cell type.

Discover how to get the most out of your Gαi agonist and antagonist research with our HTRF GTP binding assays. - Guides

Discover how the β-arr2 recruitment kit can help you study the interaction between AP-2 and β-arrestin2. - Notes d'application

How to run a β-arrestin2 assay | PerkinElmer

6' video to set up your β-arrestin2 assay - Vidéos

GPCRs: the pathway to Discovery

Choosing the right microplate reader ensures you’ll get an optimal readout. Discover our high performance reader, or verify if your lab equipment is going to be compatible with this detection technology. 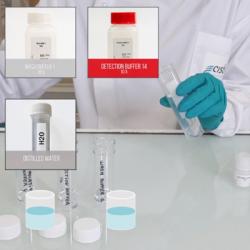 How to run a β-arrestin2 assay | PerkinElmer 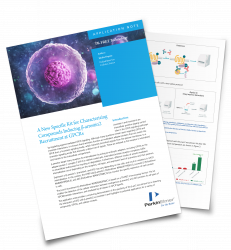 Optimal performance when applied to Gs activation or inhibition

Dedicated to the study of Gs coupled GPCR

Optimal performance when applied to Gi activation or inhibition

Optimal performance when applied to Gi activation or inhibition in CHO